Good Samaritans rushing to the aid of a Chicago police officer after a serious crash in the city’s South Chicago neighborhood was captured on video.

A Chicago Police Department squad car crashed into a tree near East 82nd Street and South Jeffrey Boulevard Tuesday. Police said the officers inside were assisting with a foot pursuit when a dark-colored SUV failed to yield and struck them.

To avoid crashing into others, police said the officers crashed into a tree.

Video of the crash, captured by Kevin Russell, has gotten a lot of attention on social media not because of the incident, but because of who came out to help.

“I saw a lot of bystanders come over and assist, check on the officer, actually pull them out of the vehicle,” Russell said.

Bystanders like Pastor Phillip Cusic, who heard the crash from his church across the street.

“First I heard a car moving fast, I mean it was like (makes a noise) and then you could hear the wheels screeching and then a boom!” Cusic said.

Together he and another man helped the officer on the passenger side get out of the car.

“We were right here in the middle of the street so we just sort of got him by his arm and sort of helped escort him over to the street but he was more concerned with his fellow officer,” said Cusic.

At that time that fellow officer, who was seen in the video being helped by two other men, was also getting help from neighbor Belinda Chism.

“I went in my house and I got two pillows so that one of the officers that was laying down could put his head on it,” she said.

The two good Samaritans say they are not heroes, just two people doing their part.

“It’s all about our humanity towards humanity,” Cusic said.

“That’s what we’re supposed to do. You know, everything in the world is not bad and we have to change this world. If somebody has to show the world what love is then that’s what we have to do,” said Chism.

Cuffed Without Cause (Extra Scene from ‘Driving While Black’) 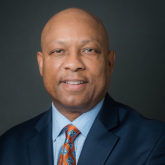